KIRK:  I have to credit Jon Gagan with getting the ball rolling. He suggested we combine our writing forces and then even offered up the use of his studio to get the work done. A tough offer to refuse! Jon and I have been friends and collaborators since 1980 and have rekindled our relationship since I returned to Santa Fe a few years ago. John Bartlit is a legend in these parts and for very good reason. He's a brilliant musician and artist as well as a joyful and often hilarious human being. We have a delightful chemistry!


JANICE:  Are you writing together or are they your comps only?

KIRK:  Both Jon and I contributed original compositions to the project. We didn't write anything together this time, but there is a great affinity in our writing styles, and our choices of material makes for what I think is a very unified concept and style.


JANICE:  Tell us about your new album? 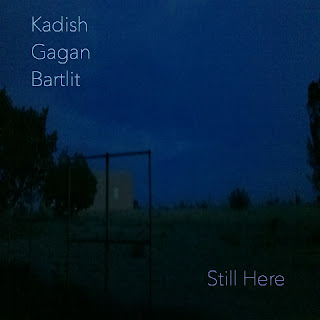 KIRK: it's a "classic" jazz piano trio album in format: acoustic piano, acoustic bass, and drums. I'm the pianist, Jon is the bassist, and the brilliant John Bartlit is the drummer. No electronics, no overdubs. As I mentioned, we rehearsed and recorded at Jon's studio here in Santa Fe. I have to take a moment to praise Jon's artistry here. He not only wrote half of the material and played bass on the recording, but he also engineered the project, to include the editing and mixing. That's quite a remarkable feat! All three of us are fans of Manfred Eicher and his ECM record label, and we strive to bring that same level of skill, the same attention to detail, and a similar emotional strength and maturity to everything we do.

JANICE:  Interesting that you cited that each of you found Eicher and ecm as your guiding light for this album. Like you, I listened to many of his artists in the mid '70's and was particularly hypnotized by their subtle beauty & artistry, not to mention album covers and quality of his productions!   I had the opportunity to study with Norma Winstone in a series of workshops in 1980 at Wavendon Allmusic Plan in the UK. She was so generous in sharing her artistry. I also briefly met Ralph Towner along the way; both artists displayed such joy, good humour and camaraderie and furthered my inspiration and love of music which was exploratory in the jazz idiom.

KIRK: Yes, Eicher's seminal work in the '70s really inspired us young musicians! Keith Jarrett, Gary Burton, Pat Metheny and many more were our heroes. Jon Gagan has been deeply influenced by fellow bassist/ composer, Dave Holland. And then, in the '80s, he helped introduce us to the contemporary classical scene, including Steve Reich, John Adams, and Arvo Pärt. And, yes, the quality of the artwork and production were as compelling as the music. And he's still doing it today. His roster of artists is as strong now as ever. Manfred's vision is unflagging!