Showing posts from June, 2010
Show all

In Defence of the Male Species: Jutta J Townes 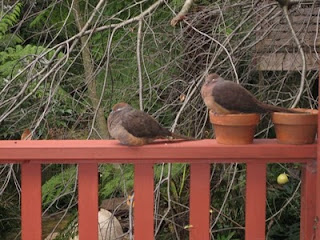 Jan.s:  Jutta  and I became friends via a small  weekly meditation group... gravitated towards each other although our backgrounds appeared at first vastly different. Then slowly it began to dawn on me that we have more in common that I had imagined. Jutta and I share a love of writing; we are errant travellers on a similar path.
For example, I soon discovered that Jutta had fearlessly sailed the high seas on a small yacht, whilst I, at the same time, happily feasted at the Captain's table singing my way around the world, notably on the Oriana to San Francisco. We were two feisty women in the 1960's heading off on a wild adventure or two!
I got to know Jutta well when she asked me for help in editing her first book, an adventure/ memoir of her sailing-the-world adventure (still out there looking for a publisher). When I invited Jutta to contribute to bentenlaughing I suggested that she talk about the second book she is writing.
I love her contribution; it’s great …
1 comment
Read more

An Interview with Narelle Carter-Quinlan 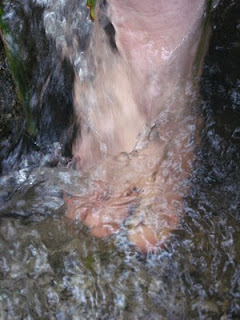 Jan.s:  Narelle, recently you wrote...'I grew up on Sydney's beaches; my father once a surf life saver. Its landscape is etched in my tissues, a cellular memory. These images evoke visceral connection to this place. I am awash, immersed in fluids. The sandstone of Sydney echoes and holds my bones; a living resonance. Water weeds my organs and mesenteries, rock pools the deep interior of my pelvis. Markings on rocks - my bone'.
Your words could have been my own Narelle...!!  I spent my childhood summers on Warriewood & Narrabeen beaches exploring the cliff tops and sand dunes and rock pools and swimming in that vast ocean.

The ocean and it's dreaming resides in me....As you know, I've created a CD of music titled; Arterial Flow, and through it's explorations I began to deepen this connection.  Can I  talk  with you about your explorations of the fluid systems of the body...and how they continue to inform you.