Showing posts from November, 2010
Show all

An Interview with Lale Teoman 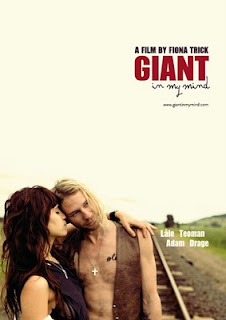 Lale: I like to describe Giant In My Mind as surrealist Bonnie and Clyde with the passion of Romeo and Juliet and the pace of Samson and Delila. The film is driven more by the beauty of the Australian landscape and the emotional journey of the characters more than the storyline. Dialogue accompanies the music and the movement of the film rather than the other way around.
Jan.s:  Tell us more Lale.  Where did you begin with the characterization?
Lale: Playing the role of Olivia was very rewarding. The director Fiona Trick allowed me a lot of creative license on my interpretation of the character. Many of the moments were only loosely based on the script and largely improvised. The camera often rolled long after the scene had played out.

Jan.s:  Where do you think the Director's interests lay in taking the film in this direction?
Lale:   I think Fiona Trick chose this approach as a way of al…
Post a Comment
Read more
More posts