Showing posts from January, 2010
Show all

An Interview with Peter Boothman 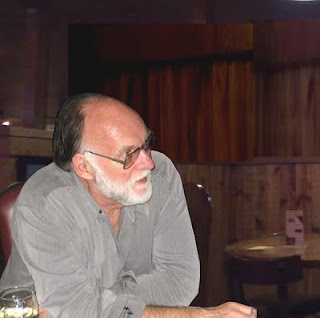 Jan.s: Peter I noticed a post recently of yours on one of your sites mentioning Frank Zappa and my response to you was 'Oh I love Frank...in fact it's so funny you should put this up as I have a reference to one of his songs in a script I'm writing'!!!

Peter: One day Jan I'll tell you my Frank Zappa story. I spent some time with him and also played with the guys in his band (including Jean Luc Ponty) in Sydney mid 70s. Frank invited me to his rehearsal the next day....that was a real eye opener!! A musical genius, absolutely no doubt about it...unbelievable talent.
Jan.s: Thus begins a journey with the delightful and soulful Peter Boothman...and how he met up with Frank Zappa... Peter, I believe we met in the late '70's when I was working with either Tony Ansell in 'Three's a Crowd' or with Dave Fennell in 'Power Point'...The 1970s and 80s were a great time for jazz in Sydney. Would that be about the time that you started playing ?