Showing posts from September, 2010
Show all

An Interview with Gordon Bahary 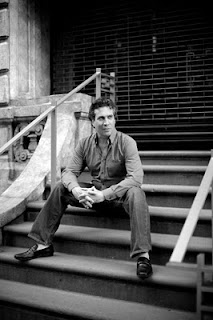 Jan.s:  Gordon, you've been inspired by and collaborated with some of the most gifted popular singers/musicians of this century: Stevie Wonder, Harry Chapin, Herbie Hancock to name a few.

Gordon: When I look back, it looks like a dream. I didn't have the shame or  embarrassment I would have today to approach these great artists. At 15, you still haven't put limits on yourself, and those artists felt that.
They were generous, patient, and amazing to watch in action. Stevie Wonder would be playing around on a keyboard talking to me, while I'd mix his tea and honey; meanwhile he was writing
"Isn't She Lovely" casually. I had no idea what he was actually creating...
The problem was returning to high school for a few weeks every year or so, and going back to reality after being with these giants. It was surreal and unbearable.
Jan.s:  Gordon, a beautiful dream come to realization!
Gordon:  Yes. We met at Crystal Studios, in L.A. It's where WAR and other…
2 comments
Read more
More posts