- June 02, 2011
Jan.s: Jack, 'Pale Imperfect Diamond' the CD you and John Carter Cash co-wrote/produced for your first Cedar Hills Refugees project,  was a standout.   You brought together musicians from the USA and Uzbekistan and now I believe you've completed a second CD. Could you tell us a about it? 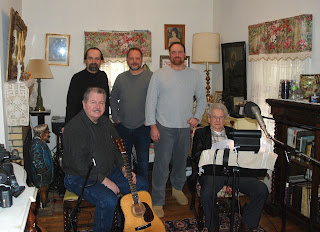 Jack:  I spent three months in Uzbekistan this past winter working on the material. I'm actually about halfway through the next -as yet untitled- Cedar Hill Refugees album. John brings a definite presence to the music. In addition to his wonderful crew of talented folks, he's also just a very sweet guy and I value his creative instincts.

We've co-written a new ballad that we're very proud of called Jayne Hill. We wrote it early in the year out at Mother Maybelle Carter's house, which JCC keeps up as a sort of writers retreat. It's a shoe-in for the, as yet untitled, Cedar Hill Refugees part two.

Jan.s: Are you following similar directions as 'Pale Imperfect Diamond'?

Jack: The new album is shaping up to be more than just an extension of our previous project. Though we do have many of the same players and singers -Ralph Stanley has given us a couple of really amazing performances and The Peasalls have done two songs. 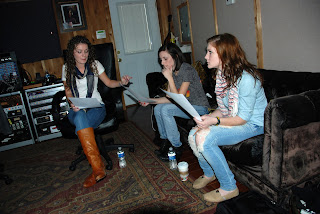 We are bringing in a couple of new (for us) singers. Dave Evans from Kentucky and Elizabeth LaPrelle out of southwest Virginia are coming in for sessions next month. 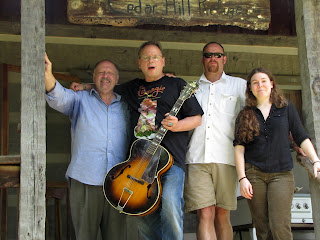 I'm just thrilled and extremely humbled to be a part of this. Some incendiary process occurs when these two musical traditions co-mingle. It's absolute magic to see how they illuminate each other from different angles. 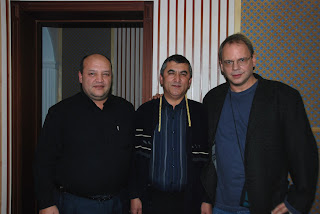 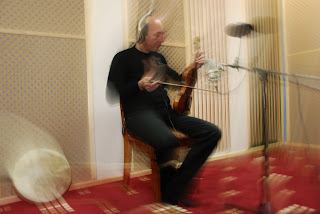 Jan.s: Jack, when you began the second CD you hoped that  Roseanne Cash may come on board....can you tell us about that session...?


Jack: John Carter Cash and I have been doing a yearly pilgrimage out to Mother Maybelle Carter's home in SW Virginia.

http://en.wikipedia.org/wiki/Mother_Maybelle_Carter
It's a very remote locale and absolutely steeped in musical history. Generally we do some co-writing and brain-storming out there and the geography tends to really seep into our writing.

In February of 2010 we came up with a ballad called Jayne Hill, named after a local geologic feature. John had told me that his sister, Rosanne, had really liked our first project and had been a little miffed that we hadn't asked her to participate. So, we definitely had her in mind for this tune.
In June of last year John called me from New York where he was attending a publishing event and informed me that Rosanne had heard the song and wanted to sing it. In fact, she'd already reserved the studio for later that week so I had to hop on a plane the next day.
JC & Rosanne her songstress daughter, Chelsea Crowell and JCC. NYC 2010 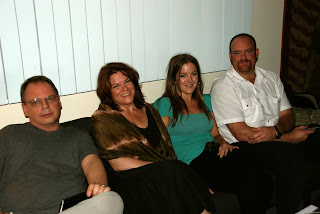 This was a session I was not going to miss. I found her to be a truly sweet, deeply intelligent woman with a very cool attitude. It was such a thrill watching her develop and color the narrative. Sam Bush is playing mandolin on the track http://en.wikipedia.org/wiki/Sam_Bush and James Shelton (Ralph Stanley's guitarist and manger) is playing acoustic guitar.It was a great favorite in Tashkent this year.
Jan.s:  Jack would you like to tell us about the  most recent sessions in there? If you could share with us  some of the history of the players you're working with and where the studio is located?
Jack: Last November I traveled to Simferopol, Ukraine to begin the transnational phase of production with guitar prodigy, Enver Izmaylov. http://en.wikipedia.org/wiki/Enver_%C4%B0zmaylov
In December I continued east to Tashkent, Uzbekistan to join with the members of Jadoo and complete that portion of operations. I spent the next two months in awe observing the batch of songs transform with the Mongol-Turkic influences of the Uzbek masters.

We recorded at Sayram Studio owned by famed Afghan singer/composer Amir Jan Sabori.
The recording engineer, Zakir Atabaev, is also a superb composer, arranger and conductor. It was my first time working with him and I must say, he was so inspiring on every level. Just a wonderful guy that brought out the best in all the crew. His contributions can not be overstated. I wish I had a coherent list of the accomplishments of all the Uzbek players who contributed. It would fill a book.
Jan.s: .Jack, I appreciate you taking the time to share this part of your journey with us.

Jack: Thanks so much for your interest. I'd also like to plug our newly unveiled video, Keys To The Kindom.  We've also got a video of the Peasall sisters, Wife of usher's Well in the final editing stage that will be released in the next week or so.  Most importantly we are still seeking sponsorship[ for a concert documentary.

In order to introduce you to the background to Jack Clift and John Carter Cash's project 'Cedar Hills Refugees'... I've taken the liberty of taking a quote from Jack's myspace page, link as below: 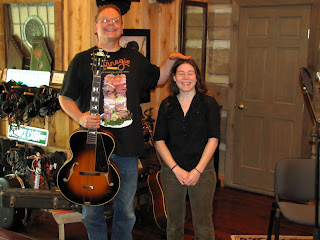 'When Jack Clift first heard traditional Uzbek music, it didn’t seem exotic or alien to him. Instead, it reminded him of the mountain music, blues and swing that he’s loved since childhood. The colorful costumes, tempos and emotional fervor of the Uzbek musicians and their audience brought to his mind old episodes of "The Buck Owens Ranch," a syndicated show that was taped in Clift’s hometown of Oklahoma City. Therefore, it only seemed natural to Clift to bring these sounds together. Working with John Carter Cash, son of Johnny and June Carter Cash, Clift and his Uzbek band Jadoo recorded musical backdrops for some of the finest talents in American country music, including internationally respected mountain singer Ralph Stanley (recipient of the 2006 National Medal of Arts), country music icon Marty Stuart, The Peasall Sisters (O Brother, Where Art Thou?, Down from the Mountain), Randy Scruggs, Ronnie McCoury, John Cowan, Greg Leisz, and Ron Miles. This wide array of talent formed the group Cedar Hill Refugees'.