Gail Malone: Not everyone can see the beauty of Saltmarsh - we that do are rare birds! 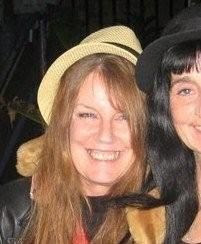 Jan.s: Gail, You have a passion for land care and are committed to issues in your area. Can you share with us about the nature of the environment where you are and what problems you're addressing...

Gail:  Janice, I have so many concerns. Where to start? I’ve lived on a beautiful waterway for 25 years now and have noticed a lot of problems. These include reclaiming saltmarsh swamps, destruction of Mangroves, building retaining walls on the waters edge, litter and an increase in silt, because of the local damn and run off from the Sand Mining and other Industries on the Ridge. However, I think my main area of concern and also my area of knowledge, is protecting remnant bush from invasive and environmental weeds and regenerating the areas, which have been ravaged, with indigenous plants. By doing this, we the local community, can also protect our area of the catchment and make a greater connection to the planet. 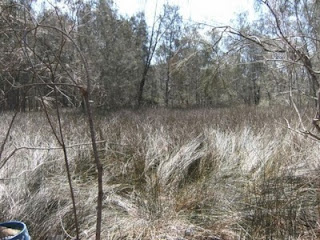 I was involved in the environmental movement before I moved to the bush, however living here has seduced me into becoming more vocal regarding our natural heritage. My voice is not always welcomed and as a woman alone, I was seen as a lame duck and intimidation was the preferred method of ‘keeping me in my place’. I have had death threats and graffiti and general abuse. I have endeavoured to change peoples’ thinking by education and encouraging a love of the bush and its surrounds to hopefully make them feel connected to this place. As one of only three long term, full time residents and an elder in my community I felt I had the right to speak my mind and stood firm and would not be intimidated, which ironically only served to strengthen my resolve. As a member of the Central Coast Greens I found the tactics of intimidation were a tried and true method and I was told it is a sign that I was making headway. So, I continued my one-woman mission to educate my small community in the joys of the Australian bush and the importance of riparian zones to river health. 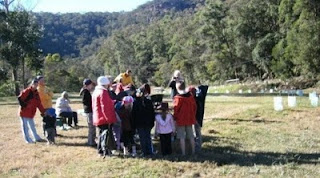 To my mind education is the key, so over a few years I garnered support from several environmental agencies to make the trek down to my little valley. As usual there was a handful of nay sayers, particularly the Progress Association but all in all it was taken very well. I keep a library of relevant material and provenance plants that I propagate on hand, so that if someone asks, I can give him or her some advice and something to take home. Public Relations is so important when educating, often unwilling, people and it’s nice that I can leave a living gift and not just facts and figures.

After three years of lobbying our area was given funds to start a Bush Care Group which included some tools, Public Liability Insurance and a paid supervisor. Further to this I applied for, and was successful in obtaining two Government Grants amounting to over $10,000 dollars. As part of the Grant criteria I devised a plan of attack for the area to maintain habitat, bio-diversity, wildlife corridors, start a seed bank, a small library, educate on Indigenous Cultural Heritage and ongoing help with keeping weeds in check.

Saltmarsh is a diminishing resource on the Hawkesbury, Nepean Catchment most of the roads close to the river system were built on reclaimed saltmarsh and this is one of the main reasons our waterways are under such great risk from soil and fertiliser wash off and weeds. The saltmarsh areas serve as a filter and collect erosion and weed seeds, over time extending the land. Weed seeds when caught there will not germinate because of the high salt content, so these areas tend to be weed free. When people move to estuary areas this is often the first thing they want to counter in an effort to increase land mass. Removing saltmarsh gives easier access to the water for landholders but also weed seeds. The lack of saltmarsh allows easy access for weed seeds to enter the water flow and then they can travel for great distances. With education I hope more people will see the shear beauty of it and understand how it can protect their properties. To this end I am part of a Waterwatch Program, Coordinated Samantha Kneeves of the Community Environment Network (C.E.N). C.E.N. relies on volunteers to test water quality in their given area once a month. The data is then uploaded to a central databank giving a clear view of the health of waterways within catchment areas. This is a program that has been taken up by a lot of Schools, they also do ‘Bug Watches’ which gives an added dimension to a river’s health. Again, I lobbied our local council for a Kit and was lucky enough to get one. Waterwatch has been successful in catching ‘dumpers’ and successful in having them charged and fined, it is a most worthwhile exercise. I am happy to say that my particular waterway is in good health. The testing is for pH, phosphates, turbidity, electrical conductivity and dissolved oxygen. 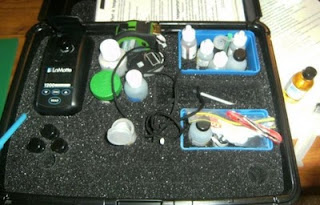 Janice, over the last six months I have also been involved in a community group, The Calga Peats Ridge Community Group Inc. (C.P.R.), formed to try and stop a proposed extension of a sandmine on the Ridge. The Ridge area has a lot of extractive industries placing pressure on the aquifer in the area that has existed for million of years. Most of these industries do not harm the Aquifer per say, they do put quite a strain on it, but over time the aquifer can recharge. The problem with the Rocla sandmine is that the aquifer itself is to be mined. The friable sandstone, rather like a huge sponge, stores water even in the driest conditions and it is this sandstone that is to be used. It is crushed into sand for the building industry. The friable sandstone is home to Hanging swamps, containing Ground Water Dependant Ecosystems (G.D.Es) and Endangered Ecological Communities (E.E.Cs). These are protected by legislation, but unfortunately ignored by the N.S.W. Government. The site has several threatened species of both flora and fauna and Aboriginal Cultural Sites. We have been lucky enough to have the support of the Australian Greens in both State and Local tiers of government. However, Lee Rhiannon (State Greens) and Peter Freewater (Local Greens) who have been so very helpful to our cause are both running in the upcoming Federal Elections. The Group has now created a website and also a Facebook Page that I have been given the opportunity to administer. This is a battle that could take years, as we were told by Lee Rhiannon, we have every chance of winning if we hang in for the long haul. The group has a great mix of people with important skills for the fight ahead. Most of all we won’t give up! 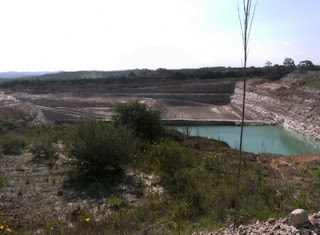 We can never know enough about our environment and as ‘greenies’ around the world say ‘think globally, act locally’. This mantra coupled with a thirst for knowledge are my tools. Although, all my environmental work is on a volunteer basis, it gives me a peace that money can’t buy and a connectedness to my place that is good for the soul. 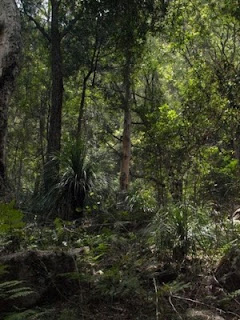 All photos courtesy of and copyright of Gail Malone 2010

Links below to a number of the groups Gail is involved with:
http://www.cccen.org.au/