An Interview with K Anderson Matthews 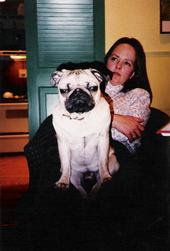 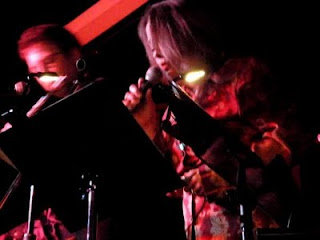 Jan.s: K, who were your musical influences?

KAM: My first was my mother and older sister. We all hung around the piano and Mom and Connie played pop, jazz, show tunes, hymns, folk songs, and novelty songs from many eras. We mostly we sang the songs from the 1920's through the 60's, the Great American Songbook. I always loved best being together, listening to the lyrics and the sweet melodies with the family all chiming in.

My grandfather was also a huge influence. He was a musician, orchestra and band leader, played cornet and violin and all the instruments a bit. His rendition of the "Flight of the Bumblebee" on his cornet was always amazing to me.

He was a perfectionist/taskmaster according to his music students. For me he just was a sweet man tapping his toe with a musical twinkle in his eye. I learned to love music first at home. I sang my first solo at about six years old in church, with no fear whatsoever. Things changed later on.

My first love was Nat King Cole. As a child of three (when we got our first television set back in the 50's), he had a show where he came floating elegantly down the long stairs singing, "Mona Lisa" and I was awestruck. Also about that time I was convinced Liberace was smiling only at me. Next, I guess was Tony Bennett, Ray Charles and after that Stan Getz.

I listened to every female singer imaginable over and over again. Joni Mitchell, was one of the first singers I totally adored! Judy Collins, before Joni came onto the scene and Arlo Guthrie and Bob Dylan and that's a whole long story. Rock, Folk and Blues influences.

Starting at about twelve, I was learning every Barbara Streisand song. Her first albums were fantastic! During college I became more interested in all the Jazz singers, like Sarah Vaughan; Ella Fitzgerald, definitely Billie Holiday, Peggy Lee, Anita O' Day, and Mabel Mercer and her expert phrasing and diction and delivery and the list goes on and on. Also, a dear friend of my family, Bonnie Herman had a big influence. She has a stunning voice. She would sing around the piano with my sister and their friends. Those girls were all fabulous singers with wonderful voices that harmonized beautifully. I learned so much from those happy times, singing and most of all listening.

Jan.s: When I first heard you, two of my favourite singer came to mind,both shaped my early singing years.June Christie and Peggy Lee. I also heard a European singer I had the great good fortune to do some study with, Norma Winstone.

KAM: I like things to be simple and subtle. Not too much for embellishing. Peggy Lee, is a favorite of mine. I love June Christie's rendition of "You're Blase" And Norma Winstone is a wonderful artist. Thanks so much for suggesting that I am reminiscent of them.

Jan.s: K, your choice of omitting your full name is somewhat indicative of what I perceive as your nature...there's a quiet consideration and a somewhat elusive quality...it's there in your singing as well...very mysterious!

KAM: I don't know if it is mysterious or just plain fear. Often performance anxiety makes me want to flee. I love people but, I tend to be very private, sort of a Garbo-like " I Vant to be Alone" . I feel that anyone who wants to find their own voice or way of expressing a song needs quite a lot of privacy for study and reflection. I omitted my full name and reduced it to K for two reasons. I wanted to assume a new identity as a singer and my first name is too dang long and sounded too formal

Anonymous said…
Great Interview,
I can vouche that she is not only a fabulous singer, but also a wonderful sister.
from Rebecca
October 14, 2010 at 8:25 PM