An Interview with Johh Currie 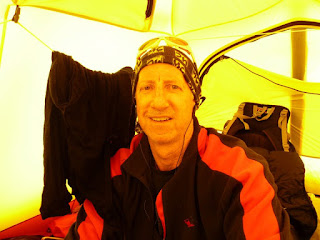 Jan.s:  John, would you tell us about your recent climb on Mt Cho Oyu?

John: Cho Oyo is the sixth highest mountain in the world, and is approached from the Tibet side. Base Camp is near a mountain pass called the Nangpa La, which has been used as a trading route between Nepal and Tibet for centuries by the local people. The climb is not technical but the standard route is long and cold, and once you get above 7000 meters you realize what a huge mountain Cho Oyo really is. 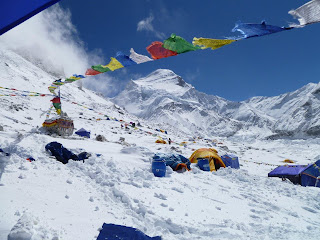 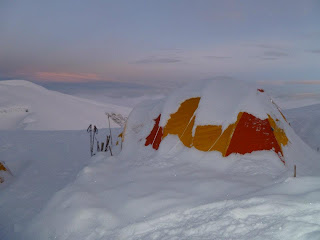 Unfortunately I was not travelling strong enough this trip to go beyond camp 2 at 7100 meters, but some members of my team pushed up to around 7700 meters. We always have a puja at base camp and bless each other and our equipment before climbing the mountain, our Nepalese Sherpa’s will not set foot on the mountain without this taking place. No one on my expedition summited this year, despite the best puja ever. Snow conditions were bad this climbing season, in that there was a lot of it, which made sections of the mountain avalanche prone and therefore very dangerous. 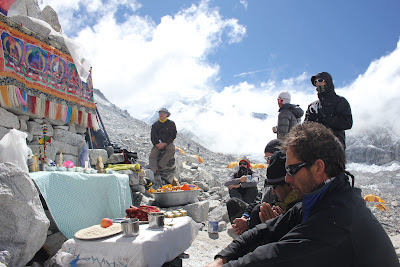 Jan.s:  On the plains in Tibet you visited some villages....can you share some of your experience...

To cross the Nepal\Tibet border at Kodari, you must walk across the friendship bridge to the town of Zangmu and there pass through “Chinese” immigration control . Zangmu is a typically ugly border town, lots of concrete, there is an air of oppression which is tangible. After leaving Zangmu you climb relatively quickly to the vast brown Tibetan plateau. Initially there are more concrete towns, Nylam , (pronounced Neel am),  but eventually there are small Tibetan settlements which can be seen in the distance and the last town before leaving the main road for the track to Cho Oyo is Tingri. 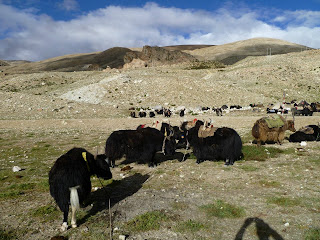 Tingri has a wild west feel about it, the local Tibetan people are shy compared to Nepal and often don’t like to have their picture taken. Maybe if I was approached by some rough looking, hairy, western mountaineers – I wouldn’t let them take my picture either. There are few amenities in Tingri and local life is hard, but like all of Tibet it is changing. 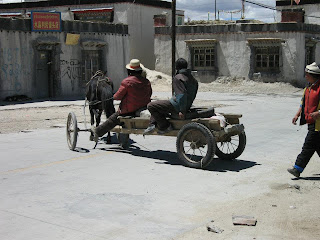 The Chinese are making massive investments in roads and bridges, I suppose there are both good and bad aspects of this development. Some local Tibetans followed us to base camp, in the hope of selling their wares. Local people are very colourful, with bright red cloth in their hair, and ornaments of yak bone. The women ware large silver belts, both sexes ware their hair long and usually braided in some fashion.  There is a wildness about them. If you could bottle it I would drink some. 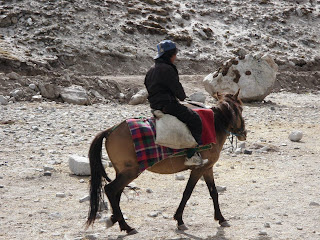 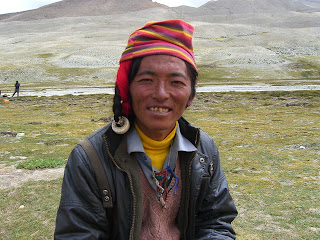 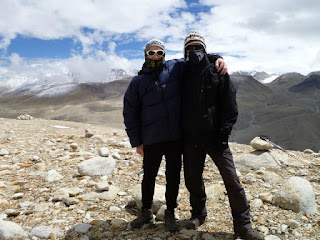 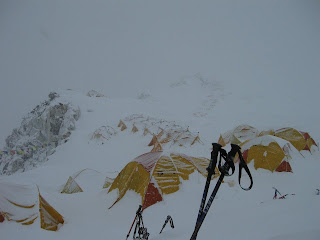 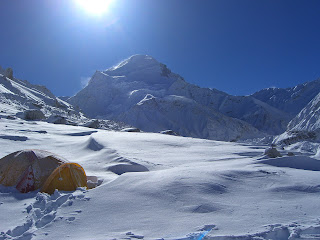 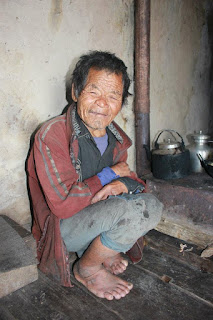 Maggie Britton said…
Isn't this world an amazing place ??
John Currie has experienced things that I will only read about ........ thank you Maggie Britton
January 24, 2012 at 9:18 PM

jan.s said…
Thank you Maggie for being such a welcoming visitor on bentenlaughing...your presence here is truly appreciated! John has climbed several other mountains in Nepal and has more than a few stories to tell!I shall pass on your valued response to him...Cheers!
January 24, 2012 at 10:09 PM