An Interview with Julia Day 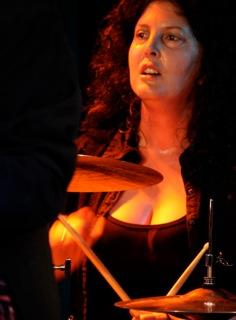 Jan.s:   Julia...we've only met recently although we live in the same location.  Your reputation, as a formidable drummer ...preceded that meeting... by a few years. I'm interested in knowing what lead you to living outside of Sydney?

Julia: Well there were a few reasons, I was feeling kind of burnt out from Sydney I guess and I'd lived in share houses and was completely over it! I decided like everyone else at the time eleven years ago to take advantage of low interest rates etc and buy land and build a house. That move to create my very own space was the beginning of a momentous stage in my life (the adult stage lol ! ), very challenging, overwhelming and very lonely at times, but of course that was all mixed in with the change that was occurring in me. Ultimately knowing people in the area was helpful and as you know, you and I live in a place rich in culture with lots of artists and eventually that became a great comfort to me.

Jan.s:  Yes I agree. Julia, you've played with a number of Australian bands, across a variety of genres and I observe a great rapport with singer/songwriters. Your approach adds a unique ambiance on the tracks I've  heard to date. Would you like to share a memorable moment or two? 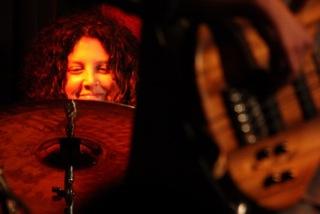 Julia: Yes of course, I have a wonderful memory of Tania Bowra's album 'Place in the Sun'. Tania had put together three rhythm sections to play on the album, two of the sections recorded at the same studio over two days.

I was coupled with James Haselwood and Greg Royal and Hamish Stuart were the other section.

We decided to save time on the session and use Hamishs' drums, and I don't know whether I've ever mentioned this to you but Hamish Stuart is pretty much my hero !

So there i was playing his beautiful Gretsch drums, with him in the control room watching me do my takes.

It certainly lifted my game having him there, an unusual studio experience to say the least, but so rewarding on so many levels, and Hamish was so lovely to me and so encouraging.

The other experience which springs to mind was working on 'The John Moran Corperation', John approached me one day and asked me if I did sessions and whether or not I'd like to try playing on his thirteen minute track, I have to admit I was a little concerned when he told me that seven drummers had tried but nobody could 'fit the magic shoes' as he put it.

The other concern was there was no charts and no click track, and it was in five movements. John said 'Don't worry, I'll be in the control room conducting you'.

That was the beginning of a new stage for me, playing drums for a pre-recorded track of completely experimental synth music.

As it turned out, my first take was 'the one'... John couldn't believe it and neither could I.

That experience helped me realise the importance of my earlier jazz training, I was able to indulge in improvised musical conversations with no known beginning or end. I learned to trust the music, thereby relinquishing control, relaxing, and realising that ultimately, i'm just a channel for the music. That track is called 'Mystic Man' and it's from the album The 8th of May' 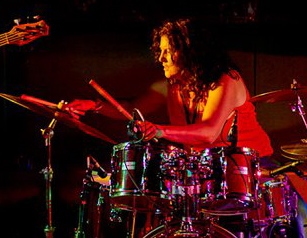 Jan.s:  Wonderful stories Julia!  Now, can I ask you, where does your own musical drive come from?

Julia: I guess from the perspective of the onlooker it's drive, but to me it's more about 'need'. Playing the drums is part of me, I've played for love and for money, but mostly for love, (and like many artists will tell you), without music in my life I'd probably be dead by now. With regard to working with songwriters, 'the drive' in that sense is the joy of being part of the process that builds a song into a living/breathing entity from it's most skeletal form, I absolutely love it, and I feel enormous fulfillment from it.

Jan.s:  Julia, I appreciate you sharing part of your journey with us. If you'd like to add any up and coming dates please do so.

By the way I've listening to your myspace tracks and they're nothing short of ...FABULOUS
Julia: Thanks so much Janice. 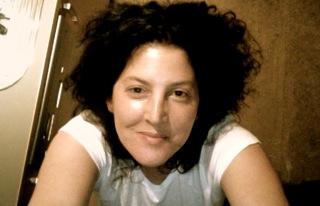 John Hardaker said…
great interview janice. these are all fascinating insights into some pretty dang cool people.
May 24, 2011 at 5:41 PM