- May 24, 2011
Sadly, many of us are saying farewell to one of Australia's most gracious and gifted actor/singers, Michelle Fawdon....

Michell'es stellar performance as Mary Magdalene in Jim Sharman's 'Jesus Christ Superstar' (1972)  will never be forgotten by those who saw her.

She received acclaim for roles in both film and television, including receiving two AFI Awards. Michelle was equally celebrated for her roles in Australian Theatre. 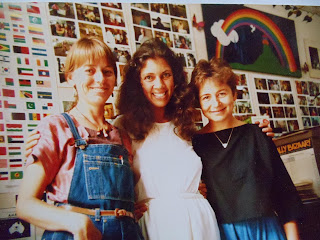 Michelle played an important  part in so many of our lives. Not only through sharing her artistry but through her beautiful qualities & friendship. She was a great advocate of the arts in Australia and directly influenced my own life through inviting me to participate in The Women & Theatre Project (1980).

We will never forget  you Michelle.

The exuberance displayed by Michelle in this rehearsal performance for Superstar (link below) is so indicative of Michelle's spirit and joy for life!

The Encore link will take you to a page which has been dedicated to Michelle's passing where you can leave condolences..