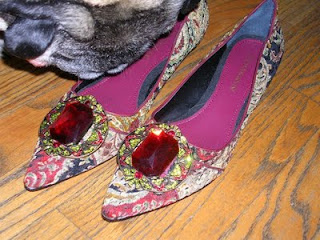 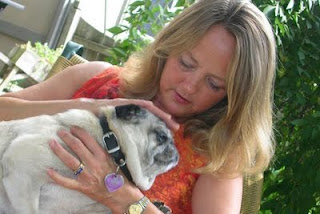 Jan.s: You’ve previously shared with us some of the background to how your interest in music developed. A family sharing music, beginning with your Grandparents whom I believe are of Norwegian heritage.

KAM: Aren't you something else?! My parents are of Norwegian heritage. My family hailed from Skien; Flekkefjord and Sogndal, the southern coast and the middle of Norway. I was fortunate to have travelled around in 1976 and saw the little towns that they came from.

I was very lucky to have connected with some distant relatives in Sogndal and spoke what little Norwegian I knew with them and saw my Great Great Grandfather's farm on the hillside overlooking the fjord with gorgeous waterfalls... Thank God, I made that trip! 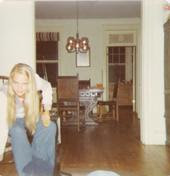 I had studied Norwegian at the University of Minnesota back in the 70's, don't remember the language much now, but, I hope I have retrained the accent...that is a long story. I had a good friend Vivi in Oslo I stayed with and was able to spend several months in Norway touring around. Most of what I remember about my Norwegian heritage was kept alive by all the Nordic dishes (lutefisk and lefse, kransekake, jarlberg cheese, goat's cheese, fenalor, smoked salmon and all that herring!) my mother served at holiday times and the Norwegian grace we said. "Ja, you betcha" and Ole and Lena jokes are something of the folklore of Scandinavians because of the influx of so many Scandinavian immigrants that settled in Minnesota.


jan.s: Tell me more about the influences of this on your life and music…?

KAM: When I was studying Norwegian during my college years, I performed some Viking songs and Scandinavian/American immigrant songs for my classmates.. easier than writing papers about Knut Hamsun, Henrik Ibsen or any of the other dark, Norsk authors, I thought. I had already done tons of meaningful essays! So because of all this, I nearly had a degree in Scandinavian Literature..which is popular in Minnesota.. but where else? Norway! I guess.

Jan.s: You have a Scandinavian sense of humour K...! Now can I ask you where that humour came from in your family?

KAM: I think the major influence goes back to my Grandfather again.. he was so funny telling all the Norwegian jokes.. He would dress up as Santa and read the "Night Before Christmas" in a Norwegian accent, and we thought he was Santa, but why does he talk so funny? ..playing his violin for his grandchildren dressed in a top hat and tails, doing magic tricks, pulling flowers out of his sleeves and petting his fake skunk that looked real to a small child. And we wondered who he was? Who was that man in that hat? He was a wonderful musician and performer and poet!

He made it all look so easy and loved the music he played! His toe tapping, I remember most..counting out the beat! There was a book written about him years ago, which described him as a real taskmaster with his bands and orchestras, he taught music in many public schools.. and every note had to be perfect! Plus, my mother had a gorgeous voice and was always singing, she sang for weddings and funerals and in the church choir.. her loving, selfless, accepting attitude made me think anything was possible. Listening to her sing as she cooked, now that was really great!!! She is truly the only person I know that Never said an unkind word about anyone! That's sort of like having Gandhi as a Mom.

And I must remark about my Dad, I could write a book about the energy of this man. That is a whole new topic, to go into another day... He was an incredibly generous, complex but, gifted man!

So yes, my Norwegian heritage was very important to me. But, mainly I was blessed to have parents that believed in kindness; integrity, loyalty, hard work and they worked hard to teach us, by example, to be at our best and love and accept everyone!

Jan.s: K, yours is a great heritage and I'm so happy you've shared it with us. I can almost see, hear and share a meal with your family - mmm goat's cheese, smoked salmon and food which I can only guess at along with...' all that herring!' and "Ja, you betcha'...! Next time we'll have to hear more about Ole and Lena in Minnesota!

Anonymous said…
very interesting. you rarely hear about norwegian influence in music. cool
May 2, 2010 at 11:42 AM