An Interview with Tracey Campbell 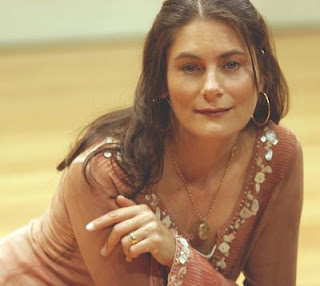 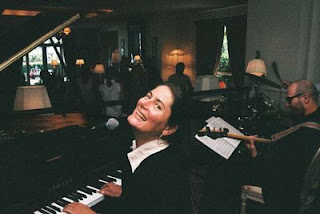 Jan.s: I'm listening to your CD 'Sunshine Embrace' and I'm enjoying both your bright and sultry vocals and impeccable keyboard skills....There's a lovely mix in these largely self penned tracks of sunny Brasil 66/ Latin crossover; infused with Ozzie know how and your general exuberance...!! Tracey, I'm intrigued...who influenced you vocally? Tracey: I'm so glad you're enjoying listening to Sunshine Embrace, the album was a big healing process at a difficult time and worked like a charm! My younger teenage self was influenced by Joni Mitchell and Bonnie Raitt. I think in later years I am more influenced by some great pianists even vocally, I mean the phrasing and stuff. I play and create melodies on the keys as I sing them, gotta mention Eliane Elias, number 1 favorite and Joe Sample for impeccable phrasing, he phrases like a singer. All the musicians on the album were assembled by Phil (my hubbie). I felt so privileged to work with Jackie Orszacksy on bass, Phil and Jack went back a long way to 'Jump Back Jack' days and 'Industrial Accident'. He plucked Phil out of Electric Pandas when they met in a recording session for the Pandas, Jack played all the bass for the pop band and Phil was the drummer at the time, Jack tempted him to come and play some funky sh.....t! He played like his usual maestro self and added dark shady color with the piccolo style on some of the tracks. The back up singers Toni Mott, Toni Allayalis, Mark Williams, again had a history with Phil from the Toni Nation band, they just came in and did their thing, smooth as silk, nailed it! The trumpeter was a guy neither of us had ever worked with, Simon Ferenci, he came recommended by upright bassist Jono Brown (who plays on 2 tracks adding his stand up acoustic class). Simon worked effortlessly to create the exact sound we wanted, he'd do a take and we'd be ecstatic and say to him....well how was that for you?........man of few words, he'd shrug and say...."I could do it better", we'd laugh and let him go at it again. Very humble! http://www.traceycampbell.com/
music