An Interview with Adam Warnock 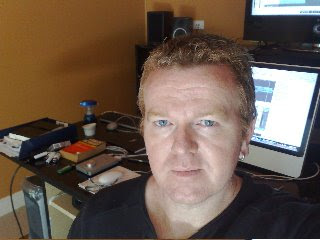 Jan.s: Adam, You're the quintessential Renaissance man...accomplished in so many areas... You're a great lead guitarist, a singer/songwriter, composer, you write for film and you're a visual artist and also you've written children's literature...oh yes not to forget, you're a committed family man with two young sons! Oh yes, gotta say I keep listening to your songs...I particularly love the track "King of Fools"....' Tell us about what you're doing now!?


Adam: Janice. You do say very kind words about me, thank you! At the moment I'm putting together a pitch for an American for a particular sport and it's pretty exciting. I wrote a song explicitly for it and put it to a mock up TV commercial and I hope that the recipients dig it.

That song you're listening to, King of Fools, is part of an album project called "Tremor" which I've had mastered by Kathy Naunton at DB Mastering in Sydney and it sounds great. I'm going to make it available on CD Baby soon. I'm also writing lots of songs and starting to co write again after a long lay off.

There's also a follow up to the children's book/ CD, "Hello Gus". I haven't got a title for the next instalment yet but it'll probably be something witty like the first one. Maybe Gus II or Gus again (kidding). I'm keen on starting new projects and I'm loving my new studio 'cause it's a comfy, creative space and with one thing and another I'm keeping really busy. I'm also going to be putting a short film in for next years Tropfest in which the signature item is "dice". My buddy in Vancouver is a collaborator and we've scripted it already!
Apart from that I have a subscription to Songlink, an online A&R company out of the UK, where they send me hit lists and I try a place songs with artists right around the world.

Art for arts sake and the rest can take a number and wait in line! My web addresses are as follows:
http://www.adamwarnock.com/