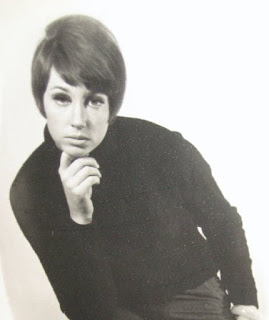 jan.s: Bobi, as I've said before both you and Dinah Lee had 'the London look' more so than anyone else I can remember in Sydney in the '60s'. In fact you had your own look...and exuded cool...can you tell us about your interest in fashion and about the influences of any NZ designers...? 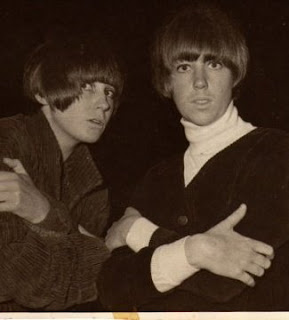 Bobi:We made our own clothes as the Boutiques as such, didn't happen until 1962. Our stores carried great fabrics, and of course you chose the pattern, and could change things around as you went, of course we loved the mini - it got more mini by the minute...In Auckland The Casual Shop was really our first Mod Boutique, but only earning 4 - 5 Pounds a week, could only afford to look then, or buy on sale.

Dinah hadn't arrived in Auckland, and Jacky Holme and I used to do summer and winter fashion parades, we had that look. 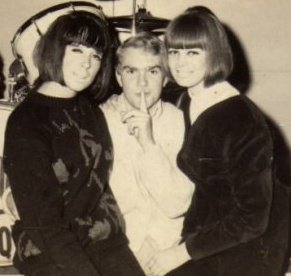 Jacky had already cut my hair into the bob, with huge dressmaking shears - Dinah put that Mod look on the map here in NZ and of course Oz...too.

The Casual Shop only made 1 of every garment Diana Colmore-Williams (Owner) helped Dinah to choose, long Mod Maxi dresses, long shorts with Baby doll tops, shoes we had made in those days from John Greers in Vulcan Lane. Mini dresses etc... 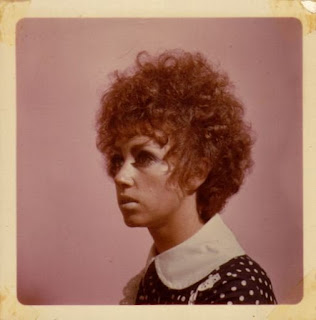 My look was always bright, young and cute with hair to match, the long surfy hair became the Bob, before that backcombed birds nest, even a Hendrix perm and of course petals...  Pointy toe Gamins (shoes) were terribly us too.. 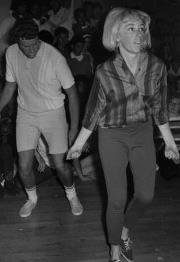 Several other Boutiques sprung up in Auckland, Hadney Five, the owner worked for The Casual Shop for a while, and moved on...

Arriving back in Sydney end of '64, with the clothes I had made, mainly Baby Doll dresses worn with white tights or lace tights, even bags made in matching fabrics... I started my job as a House Model.

Still had my own look - Of course you could hear people laughing out loud in the streets of Auckland and Sydney, or would just stare and smile.

Di arrived late 1965 to live and The Casual Shop was yet to open its doors in Sydney...arriving in 1966 which I managed... Not that I could afford fashion magazines but Mary Quant was the Mod Queen and I was a follower of her London Look.

The only other sort of Shop in Sydney was SNOB in the Arcade, between King and Rowe Streets, owned by John and Merivale that a younger crowd shopped at.. He was very interested in our Shop on King Street - whenever a new shipment arrived certain customers would be rung so they could have first choice....and had plenty of $$$ to spend...

As Di arrived with plenty of day wear we just concentrated on her stage clothes, getting zanier an zanyrr made by The Casual shop -While England had Mary Quant & the Beatles, NZ had it's own Zany poppet in the form of Pop Star Dinah Lee....(Copied) from a book. 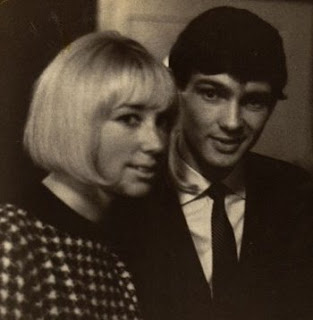 Shifts as much as 4" above the knee (wow)formed the basis of the Casual Shops range, trouser suits, jacket and skirts, short stark disco dresses, Bermuda shorts, beach wear but also it was the tailoring....  The rest is history.....

Jan.s: Who are your favourite NZ designers now?

Bobi: If I am buying these day its certainly Trelise Cooper, I am more her Cooper range, but I like a longer look. Cant do minis these days or Maxi's.  Also Zambesi, and World Two wonderful Houses of Fashion, and I appreciate Karen Walker's look and workmanship - Overseas I always go to Zara, and H & M, they are my style...I love what Muicca Prada does...I so enjoy a fashion mag from time to time,just to keep up with the play,   but I still have my kinda style.... bright and breezy like me.... 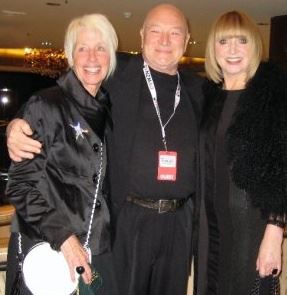 All photos Courtesy of and copyright of Bobi Petch unless otherwise credited.