An Interview with Peter Williams 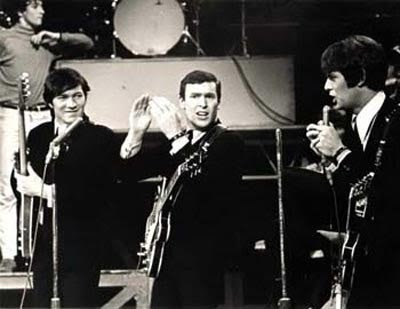 Jan.s: Peter, we go back to the sixties when you were playing with Max Merritt & The Meteors.
I remember you guys either coming to our gig at Romanos for a late night jam with Little Sammy & The In People or us heading around the corner to hear you at one of your gigs...You worked with a variety of bands during that period but I'd like to ask you about the highlights...

Peter: Jan, on reflection there have been lots of highlights in many little ways but maybe an outstanding one is that after many years I realised that the first song we (The Groove) recorded in the U.K. when we arrived was done at Abbey Rd., and written by David Most (Mickey's brother) & Clive Westlake called 'How The Web Was Woven'.

Initially they were quite enthusiastic about it but later changed their minds & pulled it from us!  Subsequently they gave it to Elvis & he recorded it about a year after us! (and never had success with it anyway!) So we in a sense sung the 'demo' for him!

It was years later I realised he had recorded it!

David McKay (who worked with you over there) was the producer & Alan Parsons the panel operator! We, (Tweed Harris & I) wrote another song called "The Wind" and put the orchestral part around it we had used for 'How The Web Was Woven' using the keyboard set up "Procoll Harem" had used a couple of years before on 'Whiter Shade of Pale'.

We were also blessed to have Marcie & the Cookies and Little Pattie sing the Choral part. E.M.I. did a wonderful promotional job but alas success was not forthcoming!! I have always been and still am a full time musician! I have included two pics one from way back Max & the Meteors on Billy Thorpe's 'It's All Happening' and a more recent one! 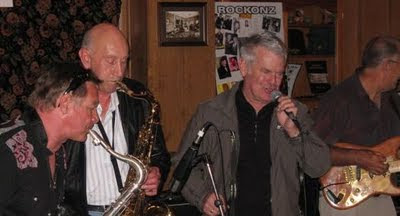